You are here: Home » Blog

Beet Juice – Is it the performance enhancer everyone’s been waiting for? 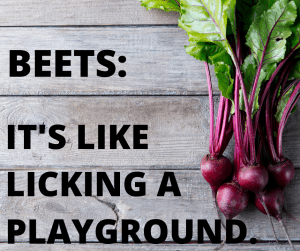 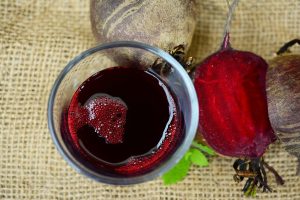 Before You Start Your “New You in 2020” Diet – Ask Yourself These Questions: 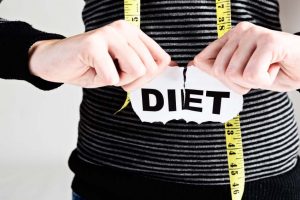 This week, and for the next 2-3 weeks, there’s going to be a lot of posts, emails, and marketing pushing different detoxes, diets, fitness challenges, and “New Year, New You” type programs to help you make 2020 your best year ever.

The problem is, when we select a diet, challenge, or program based upon what is trending or what worked really well for Cousin Eddie, we don’t necessarily set ourselves up for success. Unique attributes such as work, family demands, lifestyle, ability/enjoyment of cooking, time, food intolerances and genetics play a huge role in whether or not any diet or exercise program will be successful.

When conducting an initial consultation with a potential client, we always drill in on their past successes and struggles, personal preferences, and lifestyle in order to determine how to best support them through change and to determine what they will best need for success. It also helps us establish whether or not we will be the right health team for them to achieve their goals. At the end of this meeting, everyone in the room has clarity on next steps and what will be foundational to success. If continuing with us in not in their best interest, we do our best to refer them to someone who can better meet their needs.

When considering any program, it’s essential to do a self-assessment to determine if it is even worth your attention. Doing a self-assessment clarifies your individual needs and qualities and will allow you to identify the best plan that will get you to your 2020 goals. To get started, consider the following:

1. What are your food/movement preferences?

2. Is it more realistic for you to follow a specific meal/exercise plan or stay more flexible?

3. What struggles have hindered you in the past?

4. What are your main obstacles to eating more healthy/getting fit?

5. What have you tried in the past has yielded the most success? Why?

6. Do you do your own grocery shopping?

7. Do you do your own cooking?

8. Do you have any specific dietary requirements?

9. Do you prefer to exercise at a gym, home, or outside?

10. How much time do you have available to dedicate to the change needed to achieve your goals?

Don’t make the mistake of jumping into a program just because it’s popular with others. True success depends upon finding a plan that is based upon your individual needs, dietary preferences and exercise habits. When we jump on the current trend, we aim to fit ourselves and lives into an artificial construct that never took us into consideration to begin with. When it doesn’t work out, it enforces feelings of failure and grinds in ugly beliefs about our abilities, willpower, and overall success as human beings that seed doubt and do lasting damage. All of these plans work for some people, but no structured plan will work for all people. For your health, sanity, and happiness, find what works for you and stick to that. It’s not the easiest solution, but it’s the only one that will work.

Need some help? Contact us for a quick Discovery Call or an Initial Consultation and let us help you find what will work for you in 2020 and beyond!

To explore developmental neurotoxicity of environmental bisphenol A (BPA) exposure for infants and children, rats were exposed to differing levels of BPA during early life were tested to determine if BPA inhibited brain development.  Researchers observed that both the lowest and highest exposed groups needed more frequent ‘lessons’ and longer times to learn than the control group which was not exposed to BPA.

Additionally, 5-HT levels were decreased (this is a precursor to serotonin) in both sexes and male rats also experienced a decrease in the neurotransmitter (NT) GABA and an increase in glutamic acid and acetylcholine. GABA is an inhibitory NT that produces feelings of calm and relaxation. Glutamic acid and acetylcholine are an important part of brain plasticity and learning/memory. Learning and memory disruption is also seen in primate studies.

We can’t translate rats to humans, but we also cannot be intentionally exposing human infants to specific doses of a known pollutant to ascertain certainty.  However, initial observational research shows that human children are likely impacted.

Because chronic low doses are as impactful as high doses you don’t have to be living near a plastic plant to be concerned. Every day exposure is enough to cause problems, and research is loaded with multiple associations observed in conjunction with everyday exposure such as infertility, behavior and memory issues, hormonal disruption, and even estrogen-related cancers. 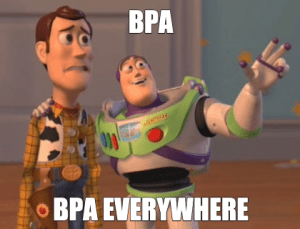 Where do we get exposed to ingesting BPA?

Eliminating chronic plastic exposure is a challenge. Clearing your home of plastics and bringing your own glass or metal containers for food and beverage can reduce exposure significantly. While BPA-free products are on the rise, this doesn’t mean any other plastic is safer. Assume it is not. Other plasticizers are linked with hormonal disruption and any new plastic they come out with will have unknown effect for decades as there is no requirement for long-term safety testing with these chemicals. Eliminating plastic from our lives is a years’ long process, so be patient and consistent and you will make a significant dent in your exposure.

Additionally, a diet high in vegetables (you knew I would get here eventually) will provide you with valuable fiber to facilitate the excretion of these compounds and prevent them from being reabsorbed and stored in the body. Polyphenols, a class of numerous plant compounds found in veggies, fruits, herbs, and spices, may actually reduce the damaging effects of multiple plastic compounds by reducing DNA damage and cellular stress.

A healthy diet rich with adequate protein and abundant in produce will be the best diet to support the body’s ability to detoxify and eliminate not just BPA, but other toxicants as well. Saunas and exercise, which increase sweating, may also be a route of BPA elimination. While the number of chemicals we are exposed to continues to rise, our lifestyle can give our system the best chances to reduce impact. Additionally, genetic testing to assess whether or not there are specific detoxification enzymes which are inhibited may provide additional information as to how you can specifically optimize your ability to breakdown and eliminate pollutants and toxicants.

Mother Jones, 2014: That Takeout Coffee Cup May Be Messing With Your Hormones

World Health Organization, 2011: Toxicological and Health Impacts of Bisphenol, A.