Jacob came to me at the recommendation of his wife. Not even 30, his doctor had prescribed a statin after recent bloodwork was done. His strong family history of heart disease, cholesterol level of 260, and recent episodes of dizziness had made this a logical and prudent choice from a physician’s point of view. Once he learned about the side effects of this lifelong drug, this young father decided to try diet and lifestyle changes first.

Initial labs showed that aside from cholesterol, Jacob’s triglycerides and glucose levels suggested diabetes was a likely diagnosis within 2-5 years’ time if nothing changed. His basic labs also revealed a B vitamin deficiency that is often overlooked/unknown in conventional care. We began a simple, yet effective dietary protocol to allow his body to better reflect his chronological age.

Here’s what happened within 12 weeks:

To address Jacob’s health, we focused on a high produce diet rich in lean proteins and healthy fats to keep hunger and cravings at bay. Rather than go keto or low carb, we opted for a moderate amount of carbohydrates from quality sources and kept treats like pie and soda for 1 day a week. Jacob was a food-planning boss and kept interest high with a variety of spices and seasonings and switched out the morning grab-and-go Starbucks sandwich for a smoothie, instead.

Over our short time together, energy improved significantly and dizzy spells disappeared. After looking at follow-up labs, Jacob’s doctor was content to let him continue using lifestyle to manage his disease risk. 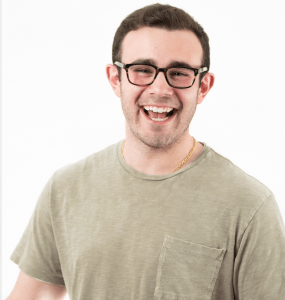 While conventional care relies upon statins and metformin to bring labs to normal levels, the same impact can often be accomplished through lifestyle changes alone. Jacob’s youth was definitely on his side, but similar results can be obtained in more established adults in 6-8 months or less. Additionally, the pharmacological route does not impact energy, mood, and quality of life the way lifestyle change does. It is worthwhile to note that, as of yet, utilizing medication as primary intervention has failed to remove heart disease as the leading cause of death in industrialized nations.

The power of our health lies within our hands.