I’ll admit, these are not what I would call healthy.
These are a super fun, tasty indulgence to make for guests, enjoy every now and then, and are made to share with friends. Consuming a batch yourself is sure to give you a bellyache at the very least!

Turn on oven to warm (or 200 degrees). Slice gypsy peppers in half from stem to tip. Clean out seeds and white inner pith, keeping the top and stem attached. Slice chunks of manchego off the block, stuffing each pepper half. Wrap a slice of bacon around each pepper half, securing the cheese inside.

Heat a cast iron skillet over medium heat. Add peppers two at a time, placing the smaller skillet (and perhaps a saucepan of water or brick atop that) on top of the peppers to press them into the skillet. Let cook for 2 minutes, or until crispy, then flip and repeat. See photo below for the jerry-rigged weight we used: a small saucepan filled with water placed inside a small cast iron skillet which pressed the peppers against the larger cast iron skillet.

As peppers are completely cooked, place them on an oven-safe dish in the warmed oven while you finish the remaining peppers. 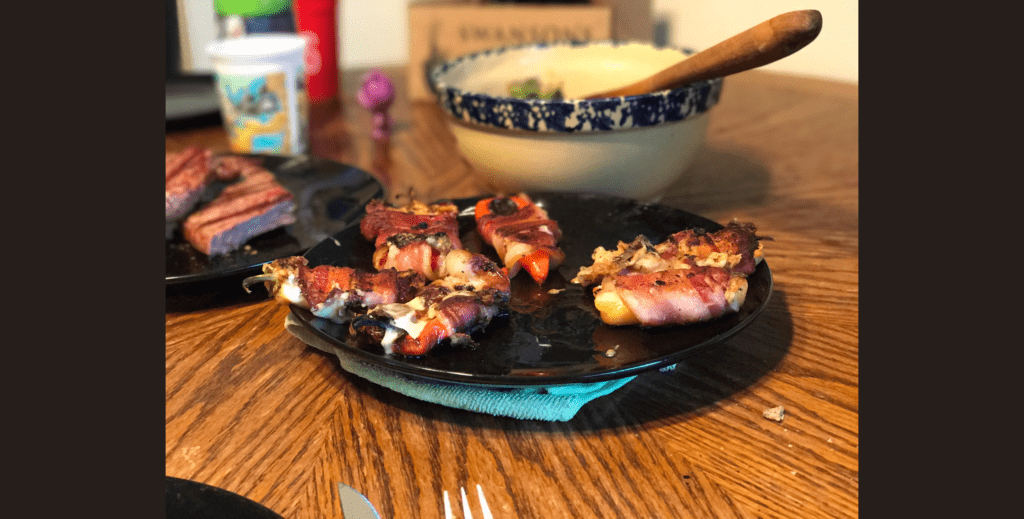 Enjoy these with a hearty green salad with pepitas and lime dressing for a satisfying summer meal!